Mother’s Day and Taxis , Who pays for black people?

Black People shit Black people! New Orleans Taxi cabs no longer ride Black people. No matter how educated, much money, power, position. Why do black people do not want to pay Black People? How does this all transcend into a global problem?

It is very strange how this message came to me. This morning, while sitting in the AOA pit, located outside the student center on the campus of Xavier University, a frantic taxi driver approach me shouting,,,,”BLACK PEOPLE DO NOT WANT TO PAY. NO MATTER HOW EDUCATED, POWER, POSITION…. He said he was delivering students, that on tv it was announced that “Taxi cab drivers do not want to ride Black People and now he understands why”.  The taxi driver was from Haiti and further said, “the economic and social status of black people doesn’t matter, they still do not want to pay.

How do Black people operate? How do you move a people forward who refuse to move themselves?

The way black people conduct business is always a mystery, no matter how public they are. The biggest reason for that is,,,”they make a BFD (BIG FUCKING DEAL) OUT NOTHING”. The minute black people get something their whole attitude change for the worse. They forget about how they want things to be and join the group of “ruthless business dealers”. 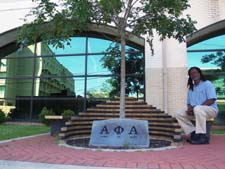 As I sit here in the student center, I see a beautiful building with lots of shops, but none are open and they say it is due to “the students being gone”…DAMN, NOT EVEN A CUP OF COFFEE. The question here is why do black people suffer so when we have this nice state of the art facilities but it all hinges on the availability of students,,, What about the rest of our starving economy? What about the fact that New Orleans is still recovering from Katrina… What about the Mother’s Day parade shootings… Are our greatest institutions oblivious to what’s really going on and only cares about their asses? Is that why Historically Black Colleges and Universities are the same as what’s being described in this article about Black people do not help Black people? Is it because the main things we need are gone on vacation…?

Why would places of business, representing a “denied people”  offering “the best of the best products” to their denied people, only do business for and with students? Is that why hurricane Katrina victims were denied access to the bridge of safety?

We want all the benefits and connivances that America offer, but we’re unable to produce any of them for ourselves? Everything we do hinges on something that doesn’t make good business sense to our economy. We’re total consumers, not producing shit? Now, we just learned we need a bridge to safety, but instead, we’ll build another classroom building with our names on it. Is that Willie Lynch or what?

Where will all our graduates and future graduates go, into whose fast shrinking job market?