What does that mean for you and I??? by Art Thomas reporting for the Hilton Garden Inn, Wash. D.C./Capitol City

We all have them, but some are more publicized than others, for example: Lance Amstrong, Mike Vick, Jackson, Eartha Kitt, Sheen, T. Woods, Bill and Hillary, John Edwards, Brent Musburger… Why do we keep falling for their shit, whether you're in the news or not?

Why do you need a mentor? Why do you need someone painted as a big celebrity in your life? Is it just to make you feel important? Is that how money and power are controlled, while the rest of us ain't shit? Who's able to stay on top always?

Is it realistic for anyone to gain such wealth for just riding a bike, annoucing a ball game, throughing a football, pushing a button, singing a song, ((acting)).... be real. It ain't going to last and I do not give-a-shit who says it and here's why.﻿

The Cinderella Hour is where fantasy is again replaced with reality. And the thing about the Cinderella Hour is it’s downer, depressing, humiliating, ostracized, rejected, blocked, robbed, blackballed … to the lowest degree – feels like Doomsday. It’s from rags to riches and then, back to the same old rags and this all happens (((at the strike of midnight))).

Cinderella Hour.......Strike of midnight, why do we have these (((super heroes)))? Haven’t we learned anything by now and that is,,,”the shit does not last”, “it’s only temporary” and (((it never was real))). It all was a made up story by sponsors, only interested in selling their shit, based upon your accomplishments. And as soon as you disagree with them, “they kick your Honey Boo Boo”. 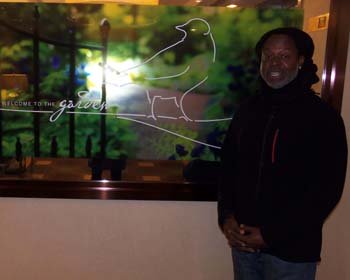 “You’re liar, and there is no other way to put it, fraud, waste and abuse and if he can do it, I can too. It is what it is and it’s been going on far too long. At the end of the day, you must lay your head on your pillow and think about your actions.” - Linda Franklin

If you lied about all of that, what else have you lied about? How do you expect your children to do better? Is it ONLY Lance Amstrong’s fault? What about the distributor? Is it a crime or a violation of good sportsmanship rules? Is this apart of the game or is this real life?

Is that how we come clean? Every individual must be responsible, no matter the rules and if you’re smart, you will have the ability to discern the difference; otherwise face things like, corruption, suicide, nervous breakdowns, domestic violence and abuse…

Why would any man place him or herself under such pressure, as the control of another selfish human being? You already know the corporate companies are greedy control freaks.

Stardom is short lived! Fall from grace,,,,,,,by whose standards?

Another interesting point is::: How some are Black Balled and never recover, while others are BlackBalled for only a short period of time. What goes up must come down.