Did you ever think "they" would say, "It's alright to be fucked in the Ass"? 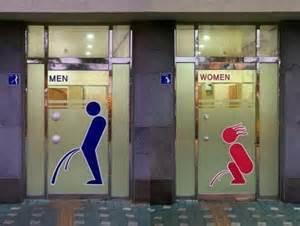 Signs of the past.

First, it's your business, so please don't go there. I'm thinking of all those who said it was so wrong to be a faggot, a punk... even though it was going on and with many of those who allegedly opposed. So, hypocrite, down-low, broke back, well that is just the way it was.

Remember, when just the thought of which meant you were deranged, mindless, perverted, raunchy, ungodly, sinner from hell? There ain't no fucking way you could have been a cowboy, so they say, but it was still going on.

In our minds, "good old Americans human beings, just didn't do that kind of homo shit. You would be kicked out, beat-up, expelled, suspended, fined, jailed, hospitalized, ashamed your family, friends, love-ones to hell and back. Especially, if you were in what was considered a of position of responsibility, especially a good Christian, abstain from temptation. Definitely, not a politician, I dare you not if you dealt with children. God forbid if you were married, talking about being the talk of the town...

The macho men, well, now we know and now, we know it's all out in the open... Liars, please step forward. Why in the hell were we abstaining from what we knew we liked to do and we told them lies from the beginning of time til now. Why would you set yourself up for such a traumatic end?

Abstinence is a self-enforced restraint from indulging in bodily activities that are widely experienced as giving pleasure? But why is pain, suffering and depressive behavior is okay or do you think what we did causes this?

All them fucking Super Heroes, leaping, swinging, spidering, flying, shootin, killin, standing up for what was right was setting the wrong example, sending the wrong message, abstaining from the wrong things. It ain't had shit to do with our definition of love, church, the hero gets the girl. With the way we're going about this gay thing,,,, we'd been better served if they prepared us for today. Think about shit and now, we're supposed to walk around like we're so experienced, flexible, quick to bounce back, cheek turning, back tracking, apologetic, stupid, egg on your face hypocritical asses. Hell, had I been so flexible years ago, my ass would be no where as tight as it is today.

Remember, when we were trying to "blow-up abortion clinics, arguing over the right for life, and at the same time, introducing sex education? Now, what about all that little boys don't play with little girls, mature rated bullshit? What happens when little boys are taught to  play with little boys?

When should you start dating, engaging in sex, what constitutes sex, protect yourself, plan parenthood, man and woman, birds and bees... NOW What?

God forbid introducing such illicit sexual behavior to our kids??? We've got the same fucked-up attitude towards pornography, yet adult stores, all them fucking tv ratings, why? Is fuck really a bad word, is it profanity, Nigger whore who says and why? Should people be openly gay in church? Should they be allowed to show public affection? What is indecent exposure and why were so many arrested for what is perfectly okay today? You jailed a man and woman, yet embrace same-sex and we're talking sex. You embrace war on terrorism, slashing help to poor people, showering the rich with money, tithing to the preacher and all you do is torture your fellow man?

Fashions and we used to dictate to women and children what to wear, while churches boasted of coming as you are, while they were steady dressing up and ridiculing for not wearing appropriate dress to church? We've told so many unsolicited, unwarranted lies. We've done so much evil, caused so much hurt and pain, "for no fucking reason". And now, we expend so much energy covering the last lie, we're totally consumed with covering our lies, it's a damn shame, disgraceful. We steered so far  from the truth, we have no earthly idea of any fucking thing. We've become so good at English, we now strongly encourage you to learn Spanish, Indian and can't speak a word of CHINESE. What kind of shit is this?

Charities, campaigns, taxes, special interests,,, everybody's begging/fundraising, everybody's taking, arguing, politicking, educating, leading what was freely given. A car that goes 120 miles an hour, when the max speed is 55, in the majority of places, think about shit and how we just justify all the erroneous bullshit as progress? For what do we need a nuclear plant, refrigerators, electricity, sewage, running water you can't fucking drink? Monogamous, heterosexual, Stress, stress and more stress.

We're so fucking smooth and disgusting with all this trickery shit, we've started to believe our own bullshit. Who made all these fucking stupid ass rules, policies and procedures? Is it the same hypocrites? Will good work ethics get you any fucking where? Then, why don't somebody tell these corporate businesses, police departments, government officials, mega churches, pharmacies, ABC stores, fast food joints, shady automotive dealers, unaffordable housing, health care, sports, priests, sales call...?

Being both, did they know? What's the use in spending all this time, energy and money on teaching a child how to grow up to be a mature adult, when we cannot agree upon what is a mature adult?

Class system, the slow class, special needs, special education, private,... why do we dig all these holes, minefields? You're teaching college kinds to go out and get a job, when there ain't jobs to be had? Go online, study, student loans for hundreds of dollars and when they graduate,,, Big Business. The crazy part about this all is it's the ones who create and promote all this bullshit but see themselves as the exception, the superiority complex. You can teach mine but you can't teach yours? You can tell me all about how to raise a family but you have no time to raise yours? you're telling me all about work ethics when I'm working for your psychotic ass? I'm on public assistance and you can't get enough money, insurance, retirement, taxes, inflation, waste, fraud and abuse. 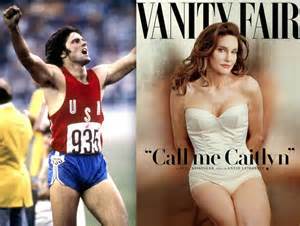 now, what is he/she sporting? Aren't they exactly the same or is it another lie?

Remember all them lies about Black Men? Which is more appealing, more acceptable,  which is more the wolf dressed in sheep's clothing and which is the truth? And we say, "one should be rated but the other not", where is the "mature audience"? Are they confused as hell and trying to learn from what to abstain; lies or truths?

Which should you become, a  woman with a penis, a man with a vagina or be offended by both? What happens when you're in a serious state of denial, cover-up, hide behind closed doors, depressive behavior? TV, started out being a great thing, mass media and all, but now look? Mass media decides whether you live or die? If they say it happened, then it didn't fucking happen, whether it happened or not? If you can get mass media to side with  you, then you are a success while mass media keeps creating more and more bullshit to keep you PAYING... It's all BIG Fucking Business. Now, what are you teaching your child? Do you need to know all that kitchen etiquette bullshit to eat in a fast food restaurant? Is it the parents teaching the kids or the kids teaching parents, is that why our parents are so fucking ignorant and slow. Is that why we're still fighting over things like the rebel flag? Do our kids need to go through this bullshit again? At what age do they need to go to work, leave home, raise a family.... How did we get away from the circle of life, life is so simple and repeats itself, why do we have to get out of the box? Back to square one.

Did we have to lie, cheat, steal and kill to get a country? So, what do we have today?

Continue reading "How do you take what's freely given"