When a Bullet Says "I'm Sorry"

Where are all my gun enthusiasts? Do you know why you carry a gun?

Regular traffic stop or setup? Is he looking in a mirror?

All those guys who say we should carry a gun only because they want to carry guns? The WILD WILD WEST, the cowboys and the indians, do we want to "revisit" those days. Some motherfuckers just don't show any signs of remorse or respect for life sentence with no chance of parole.

They're sick! Think about shit before hand and do something to protect yourself. What you give is exactly what you get. Who's promoting the use of guns to solve problems? Who thinks a gun makes a good disciplinary tool? Then why are we going back to the days of solving our disputes in the streets? On one hand we denounce gang violence but on the other we say it's okay to have a gun to protect yourself. My question to you is who is the real menace to society here, a threat to anything good and wholesome?

How callus you are for your own gun safety and security. Whose the smart one here, you are the gun? Whose the real man? Guns/weapons don't kill people, people kill people?

I enjoy guns too, but I do know the hazards of carrying a gun only means I want to shoot somebody or something, because I think they're going to bother me and I want to be prepared to surprise their asses. I want to be able to protect myself, because I am going to shoot that soma-bitch.

Now, we get appalled when a man refers to a woman as a BITCH, but when it comes to shooting our fellow man, we feel threaten, so we plot to kill that bitch, in the name of self-defense. Now, we've started our on full-fledged war against each other, only because we're scared as hell. We're one more tool, one more chance to destroyies families. 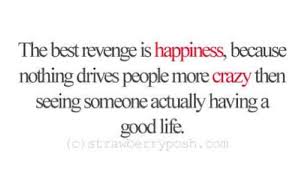 I appreciate guns as a tool to help do everything but kill another human being. I think that is the least we could do if we were really concerned about Gun Safety. It would have to be against the law to shoot a fellow human, because you don't want it done to you or can you think of a reason you should be shot?

It ain't no self-defense, but we're just cowards and just like alcohol or drugs gives an addict courage, that's what a gun does for you. Are you calm when you shoot someone?

What about Gun Safety? Should we practice good gun safety? Would that be smart "for our own safety and the safety of those we love"?

Do you listen to logic and reason? Do you like seeing people utilizing a gun to bring about law and order, does that excite you? Does packing a gun make you better man? Does packing give you a better sense of security, how? Now, we're on the same sheet of music, let's show people and the world how dangerous and stupid we really are?

We've gone pass fear and are out of control, why else would you want to shot someone?

Should your slaves be armed, why not? If your slaves were armed who most likely would be the first person they shoot? So how do slaves survive a master who carries a gun? scared/fight back  Why would you want to shoot somebody who will not fight you back?

What would you do if someone shot your grandson? Do you think kids should be armed for their own safety? Just what should we do with people who shoot innocent children? What about the person who gave them the gun? 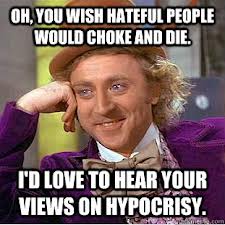 How does it feel to be shot? If you have not been shot before, then ask somebody who has.  -- Hands on.

How does it feel to shoot someone or someone you love by mistake or over a mistake? Good/Bad

Do guns scare you? If it doesn't then what are you doing toothers?

Should you shoot a person in public? Then where are the safe places supposed to be?

Should you handle a gun or any kind of weapon when you're angry? Think about the lives saved with this one.

Do you realize the number of robberies at gun point that would stop?

Dealing with hate for people? Does a uniform change any of this? What about your training?

What is the best means of revenge? Happiness/Kick Ass

Now, this one is really easy. How can you honestly hate another human being and love yourself? Yes/No

Continue reading "Why TOGETHER"