Can a happily married man be something like a "Slave Master"?

Is it the more shit he owns, education... the more suitable partner he makes? Do former slave masters make Happily Married Men or are they criminals who just can't be reformed? Why aren't certain races included in happily married families? Do former slaves make better family men? Whose left? Why are our churches still so segregated?

What is a Happily Married Man?

Due to the increased popularity of dating sites, happily married men are hard to find. Is he happy for life, because he’s married or all the above? It seems you are a bit depressed because you’re having so much trouble finding a suitable mate and many of those knocking at your door seem to be of the opposing race, not opposite but "opposing" why is that?  Can members of the opposite race be supportive, while members of the same race be opposing? Is marriage the union of two unhappy people? 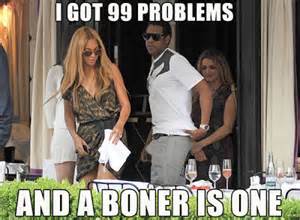 Most married couples look down on/despise people who have been single for too long. What is too long? For some reason married people want everyone to be like them? They view marriage as some divine combination of chains and locks every person ought to desire to be in and there’s no room for otherwise, yet they’re the greatest forgivers. How hypocritical? 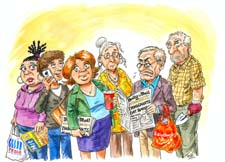 Are you going to marry again, marriage is what you make it, the God ordained marriage… are all terms to pressure, encourage you into the dirty bowels of marriage, when we’re actually destroying the family unit. Are good families just white, can families mix, is marriage just the union between man and woman…?

I haven’t seen one marriage that I would want his/hers kind of happiness, but there are a few couples out there who would attest to being happy in marriage and wouldn’t have it any other way and that’s what tells me.. “they’re not truly happy”. Even though they would tell you staying married isn’t easy, but “they’re happy they found someone to put up with their shit for so many years”. So, is that what their happiness consist of, that’s sad? Then, why must you marry to achieve that? Why can’t we all “put up with each other’s bullshit”, remember all for one and one for all”? What is it that makes us fall apart at the seams in regular life, yet proclaim happiness in marriage for so many years? How can you love her, yet hate me?

You don’t love someone for their looks, or their clothes, or for their fancy things, but because they sing a song only you can hear??? If a happy marriage is the union of two good forgivers, then, what happens when it comes to people of all backgrounds and nationalities? My point is our definition, view, understanding of happiness is so convoluted, so skewed; we have no earthly idea of what happiness actually mean. Remember when it was forbidden to have sex, children… before marriage? Remember when shotgun weddings were appropriate??? Remember, when it was strictly forbidden to marry same sex? When interracial and interdenominational marriages were forbidden? Therefore, we lie to make people think we’ve achieved happiness through marriage, the impossible. That’s how really screwed-up our definition of a happy marriage was and still is.

Ain’t none of us happy or we wouldn’t be chasing something so defiled as chasing the dollar. There would be no such phrases as it is “cheapher to keepher”. Why aren’t most superheroes married? “Honey watch the kids, not tonight…, I’ll be right back”. As evil as we are today, a superhero wouldn’t make a good family man.

Happiness is not a state of being, but a quest, an illusion of where one would like to be and those who are able to reside in this never ending quest are termed happy in their constant seeking. There are ups and downs in all relationships, so why must you marry to make them better?

Marriage is an additional responsibility to achieve togetherness and today our marriages have evolved into institutions of putting each other in check. They’re little more than a foot on your neck to provide a name for your children, like you couldn’t do this without marriage. And to further complicate matters, we’ve established stupid laws we can’t even uphold to consummate this bogus institution. If marriages were such an honorable thing, so respectable…, then things like child and woman abuse, domestic violence, racial, religious and political tensions… would not be on the rise. We would be more united, better families, communities and countries.

Continue to love out loud even though the world is trying to silence you.

Who chooses your Man - Your Inner Voice

Continue reading "being a Gigolo"