Or is it just one drink? What is their favorite excuse, their why? 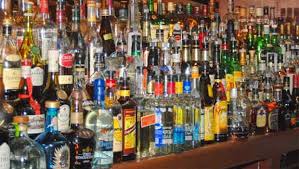 It is amazing how we blame people for drinking irresponsibly and corporations who mass produce this potentially deadly stuff, get away free. Zero tolerance for drivers but well more than enough sold to get all citizens drunk on their asses. Why give the shit away to minimize demands? Illegal for good citizens to make but held in high regard for corporations.

Zero tolerance of some shit which is one of the largest sellers in the USA. Discover alcohol, the Great American alcohol. Our alcohol refreshes better than anything under the hot sun or after a hard day of work??? Now, if that ain't enough encouragement, temptation, deceit, self-destruction, then what is? Drink responsibly, why not distribute responsibly?

This article is about the people who like to see others drunk. They normally start by calling it fun, but what is fun about a hangover and using alcohol as an excuse to do "dumb shit"?

Do you imagine all the people who have been accused of alcohol abuse, arrested, killed over alcohol, selling alcohol to miners and/or without a license? But what happens to the people legally manufacturing it, oh, they know what they're doing.

There is nothing wrong with the consumption of alcohol, it is our hypocritical behavior, the gross neglect and abuse we fail to admit.

Where does Alcoholism Start

A Drunk An Alcoholic

Getting Drunk a Rite to Adulthood

The Fall of A Culture